I am an accomplished creative and technical leader with fifteen year’s agency experience delivering award winning, creative applications, products and campaigns. I have extensive experience leading multi-disciplined teams through complex projects to tight deadlines and budgets. I have a held mamy roles manageing Creative, Design, User Experience and Development on mid to large scale projects. I lead the creative and development of campaigns, products, websites, mobile apps, installations and many more digitaly centred projects. My geeky side has hands-on experience with 3D printing, NFC, Kinect, VR, Arduino hardware integration and iBeacons. I use well estabilshed approaches to solve complex problems using User Centred Design and Service Design and am a huge fan of dSchool. My main area of interest is using technology to create meaningful experiences for consumers.

An experiencial event for Weapon7 where a snow machine was mounted on an eight ton Unimog and hooked up to Twitter. Passers by were invited to Tweet #letitsnow to turn on the snow machine, giving Covent Garden a light dusting of fake snow. When the machine activated the users Twitter handle was displayed on a 60” outdoor screen. I lead the development of the project, from the experience design through to the technical delivery including Twitter/Processing/Arduino development.

After a successful pitch, Weapon7 were award the redevelopment of the entire platform. I lead the product design and development, covering initial requirements capture, the UX design of desktop web applications & CMS, mobile and tablet applications, and then on to development oversight until completion. I managed a team of developers, UX & SEO consultants, third party mobile application suppliers and maintained an excellent client relationship throughout. During the redesign I introduced a new product offering giving the platform B2B capabilities, which have opened entire new markets for Headspace. It also included concepting new physical product ideas designed as gifts, which would open up the ability to sell in retail environments, providing another valuable user onboarding channel. 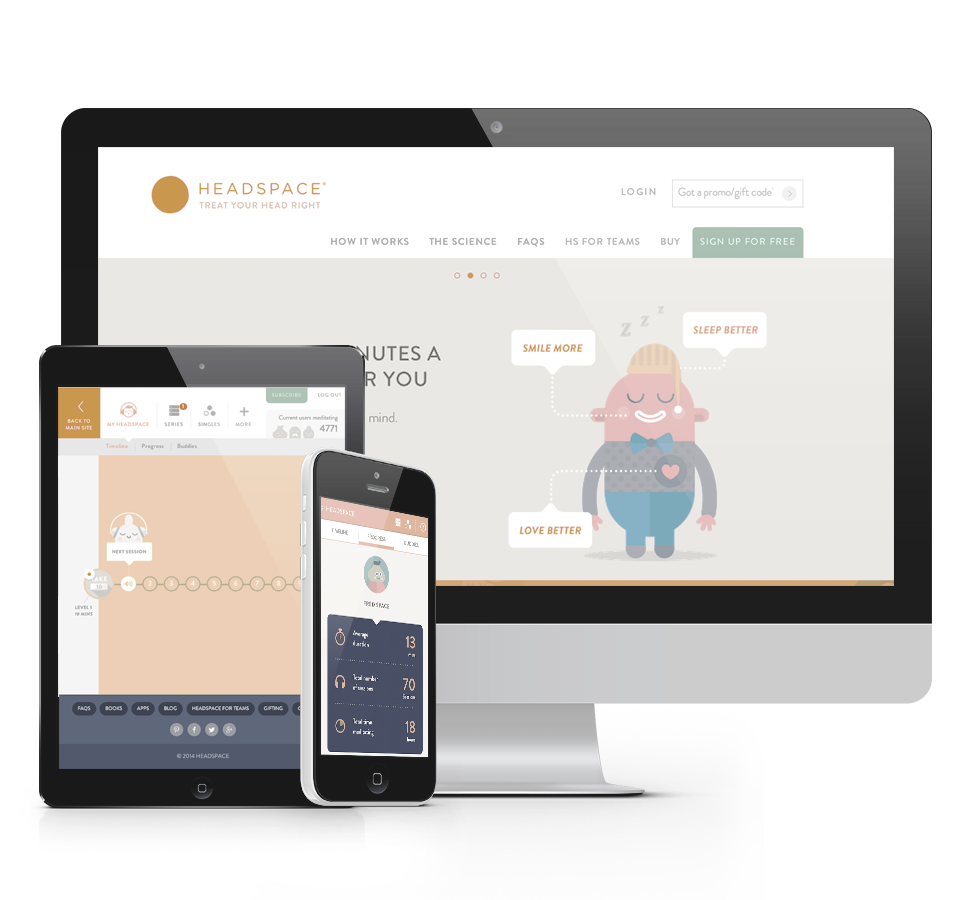 Universe was developed to run on The Soft Array, in installation designed for Microsoft that compromised eighty-two tablets and three desktops. The installation ran at both Microsoft’s SXSW and Cannes pavilions. I lead the experience design and development of the Windows 8 application. The Universe app was a giant particle system, designed to send particles from one machine to another. The voting changed the colours of the particles emitted, changing the artwork. The single application was developed in HTML5, CSS and JavaScript and compiled to a Windows 8 Application for deployment across all of the devices.

To showcase the Sky’s ability to deliver a physical DVD for every digital film purchased, I lead the experience design and development of a real-time, live streamed Twitter competition. The concept was to allow users to Tweet, triggering the robot to fire a DVD to the shelves opposite. If the DVD landed then they won the DVD. We commissioned Ten Hertz to design and build the robot, whilst I lead a team of designers, developers and third party TV production company to real-time, render on the fly TV graphics, Twitter API integration and communication with the robot. All built on HTML5, WebSockets, CSS, JavaScript, Node JS and OSC (Open Sound Control) as the communication protocol we delivered render on the fly TV feeds for integration into the live stream. The project was hugely successful and was nominated as Campaigns Top Ten Innovations of 2014.

Tasked with the complete overhaul of the visualization system for the Ford European confirgurator using the Holomatix Blaze platform, I lead the project that spanned forty people, across eight departments and three companies. The Blaze platform combined a Java Applet with Flash AS2 to create a render on the fly, photorealistic 3D model of any configuration of the entire Ford car range including commercial vehicles. The platform lasted for seven years and saw Burrows win the complete visual redesign of the configurator, which I lead as user experience designer. The delivery of this project also lead to successful wins for the Landrover and Jaguar configuration visualization systems, which I designed and developed the initial prototypes.

Delivering a visualization of every car, in every bodystyle, in every colour, in 28 markets 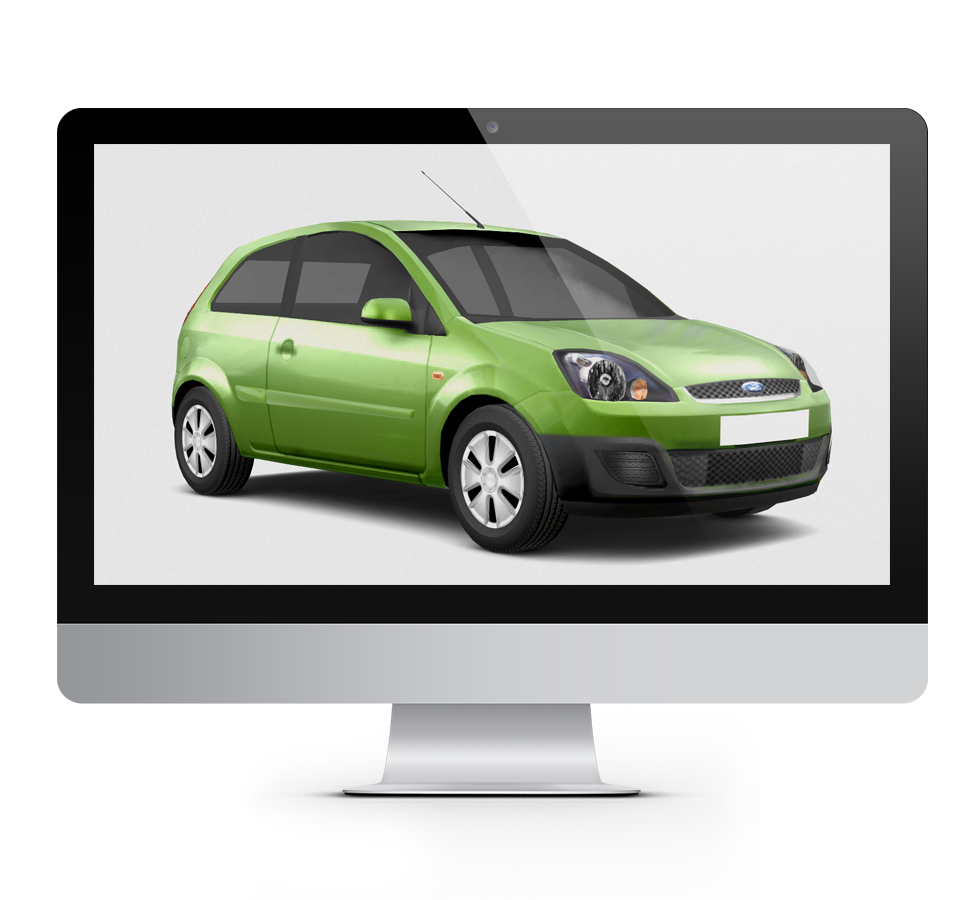 Working closely with the ACD I lead the development of an experiential art installation for Amazon EU’s launch party. The project was delivered from start to finish in four days and featured an audio reactive kaleidoscope, rendered in real-time using HTML5 canvas with images supplied from a DSLR camera in a photographic studio. The application was developed using NodeJs, WebSockets, HTML5, CSS and JavaScript which enabled us to serve images from the camera to an iPad and then update the visualization in real-time.

Working closely with the creative team to turn a rough concept into a workable competition. The competition mechanic involved sending the new Samsung S6 to the edge of space attached to a high altitude balloon. User were encouraged to Tweet #S6EdgeOfSpace and the word “drop” when they though the balloon would burst. I lead the development of the concept into a workable competition mechanic by recording the accent, and then live streaming it back over YouTube, Twitter and Facebook. We had a voice over artist adding commentary to the live stream and shout outs to people entering via Twitter.

Radar was an innovative project that required a complicated user experience and technical solution. The platform was developed using research from Glasgow University that would process users Twitter feeds looking for signs of distress. Whilst the application tested well with the target audience and various associated bodies, the application was closed after only seven days due to public backlash. The application was developed using Java to handle Twitter API integration and Laravel to handle the front end Twitter oAuth integration. I lead the experience design and development team to deliver this highly controversial app, learning many lessons on the way.

Creating a safety net on Twitter for vulnerable teenagers 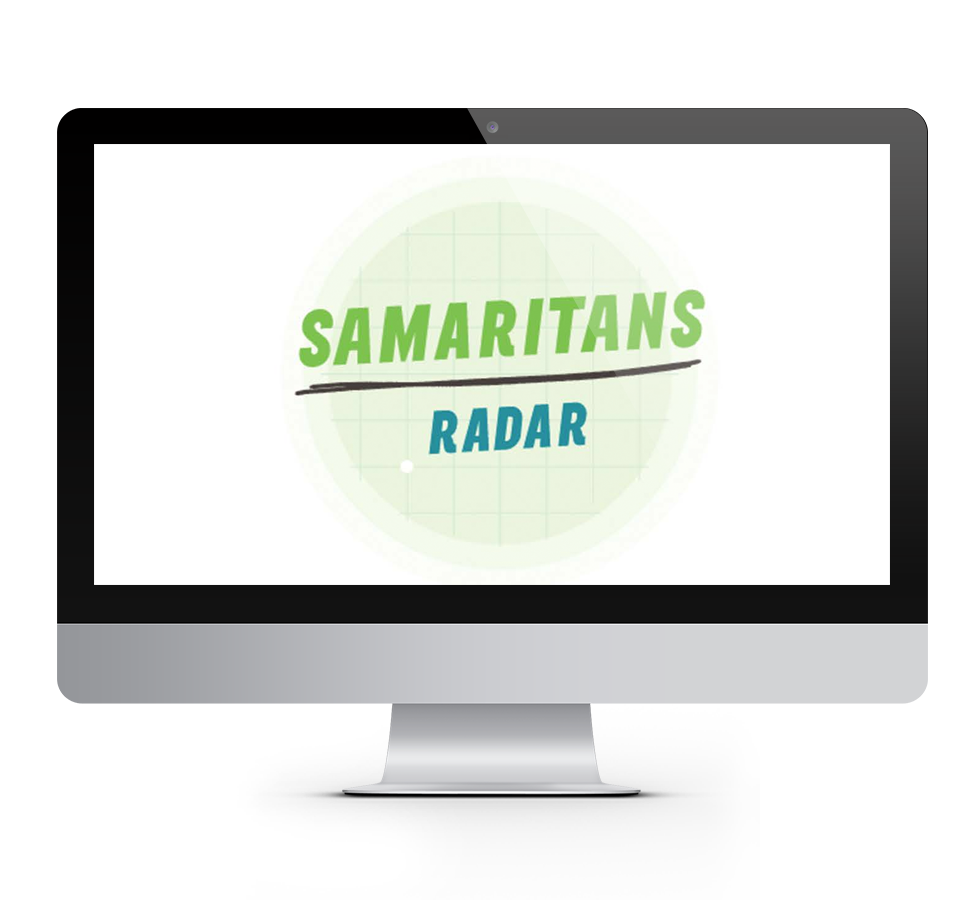 Over an eight week period two versions of the installation toured the UK giving potential customers to challenge preconceptions that the inside of smart cars are small. The installation was built using a HD webcam and miniature USB screen and a Java/Proccessing application. Each user was given a ticket with a QR code, when they sat in the car and held up their ticket, the QR code was read using the Zxing library, then using OpenCV to find the users face, an image was taken and run through Processing to produce a highly stylized neon image. I lead the experience design and technical delivery, working with the external events agency to create an installation that can be assembled with out the need for technical input.

Getting bums on seats in an innovative way